To the chicken coop shack – on one side you housed chickens and the other, my parents. A pair of heart-eyed, twenty-year-old hippies. One from Québec and the other from Ontario. Little did they know that they’d soon become pregnant with me.

To the Hornby Island shack – a small one room with no electricity and an outdoors toilet throne with no walls. You were remote enough that people probably never saw my parents peeing and pooping in all their royal glory.

To the A-frame cabin in the woods – it was realized that I was deaf during our time with you. My mom poured through library books on sign language, teaching me as she learned. My hungry eyes soaking up every single movement.

To the farm house in Metchosin – where I was pushed out the front door for crying. You felt my little hands on your walls, blindly trying to find my way to the back door in the dark. Inside was my panicked mom, wrestling with postpartum depression after giving birth to my sister.

To the pink house – my first memory: My sister and me running gleefully down the stairs, seeing our smiling grandma waiting at the bottom. We are surrounded by Christmas decorations. What I did not quite understand was that we were living with you until the court decided who would get custody.

To a house in Victoria – my second memory: My sister and I are dropped off by our grandparents. We step inside – searching for our mom. She’s crying in the corner of a bedroom. We run and throw our arms around her.

To the houses I don’t really remember – I know there are a few of you but you all blur together. I remember adventure. I remember meeting my first best friend down the block. I remember bike rides. I remember cherry-stained fingers. I remember my sister and me creating countless games out of nothing. Ah to be a child.

To the Sooke house – you were an awesome home with a yard that surrounded us like a moat. It exhausted mom to mow the yard so she came up with a brilliant idea, let’s get a goat to eat the grass! Alas, it didn’t work out the way mom envisioned as the goat mostly ate all the flowers. I have a fond memory of dancing outside, my face being kissed by snowflakes, while the goat munched away.

To grandma’s house – you were the home that we were around the longest. We stayed with you on weekends, as the court ordered. Your walls hold more memories than I do about my time with you. Tell me, what happened when grandma would take me into the bedroom? When the line between truth and lie would blur?

To the mansion – collective housing at its best. We lived in the attic. We had instant friends, children of the people living in other rooms. Our pet turtles lived in a bathtub in the basement. We’d feed them little goldfishes sometimes until one day the turtles decided to befriend one. By the time we moved out, the turtles and goldfish were so large, we had no choice but to release them to a lake.

To the Mason house – you’re the house I tell people I grew up in. We lived with you for six years, a record. I went through many teenage trials and tribulations. We all slowly started to become islands, floating away from each other. I’d often climb out of the top floor window and sit on the roof in solitude.

To the Finlayson house – from outside, you were a beauty. You had a majestic backyard with a large, towering oak tree. One that my sister and I would dance around at night, manifesting rituals. Inside, everything came crumbling down. We were ghosts that would come and go. You housed a bittersweet duality of hope and desolation.

To the Kelowna City Park – I spent a few months with you, laying around on the grass during the day and sleeping on the beach at night. You were a popular place for homeless people, many who befriended me and made sure I stayed safe until I returned to my hometown. I visited you recently for the first time since I left, you hadn’t changed much but I had.

To the bamboo bush in Beacon Hill Park – I slept inside you for a few months. You kept me well-hidden. I have fond memories of ducks snuggling my feet every morning. Beacon Hill Park, you’ll always have such a special spot in my heart. When people describe that feeling they have from growing up in only one house, the closest experience I have to that is being with you, as I have been during all the chapters of my childhood.

To the Queens house – my mom developed arthritis during our time with you and retreated to her bedroom most of the time. My strongest memory of you is that night my mom told me to leave because she would kill herself by sticking her head in the oven. I was to contact the police if there was a note on the door in the morning. I came back. There was no note.

To the Vancouver house – I lived in your basement while my sister and mom lived upstairs. My best friend at that time wasn’t able to live with her parents so she lived with me, sleeping in my bed every night. My first ride-or-die platonic love affair. We started to shoot up heroin, nodding off in each other’s arms. Eventually mom said she was too poor for my best friend to stay with us so we left for the streets.

To the streets of Victoria – I have lived with you on and off as a teenager. The last time I lived with you I was eighteen years old, soon to become nineteen. I was with my best friend. It was a wet winter, the kind that burrows deep inside your bones. I was more than weary and left you for good as soon as my best friend got on welfare.

To my very first apartment on my own – you were a sketchy basement suite and it showed. The ceiling too low. A weird long narrow kitchen with only one cabinet. A moldy bathroom. A bedroom with too many hiding spots for spiders. My paint choices, plum and forest green,  made you feel too dark. You weren’t much to show off to people but I loved every bit of you. 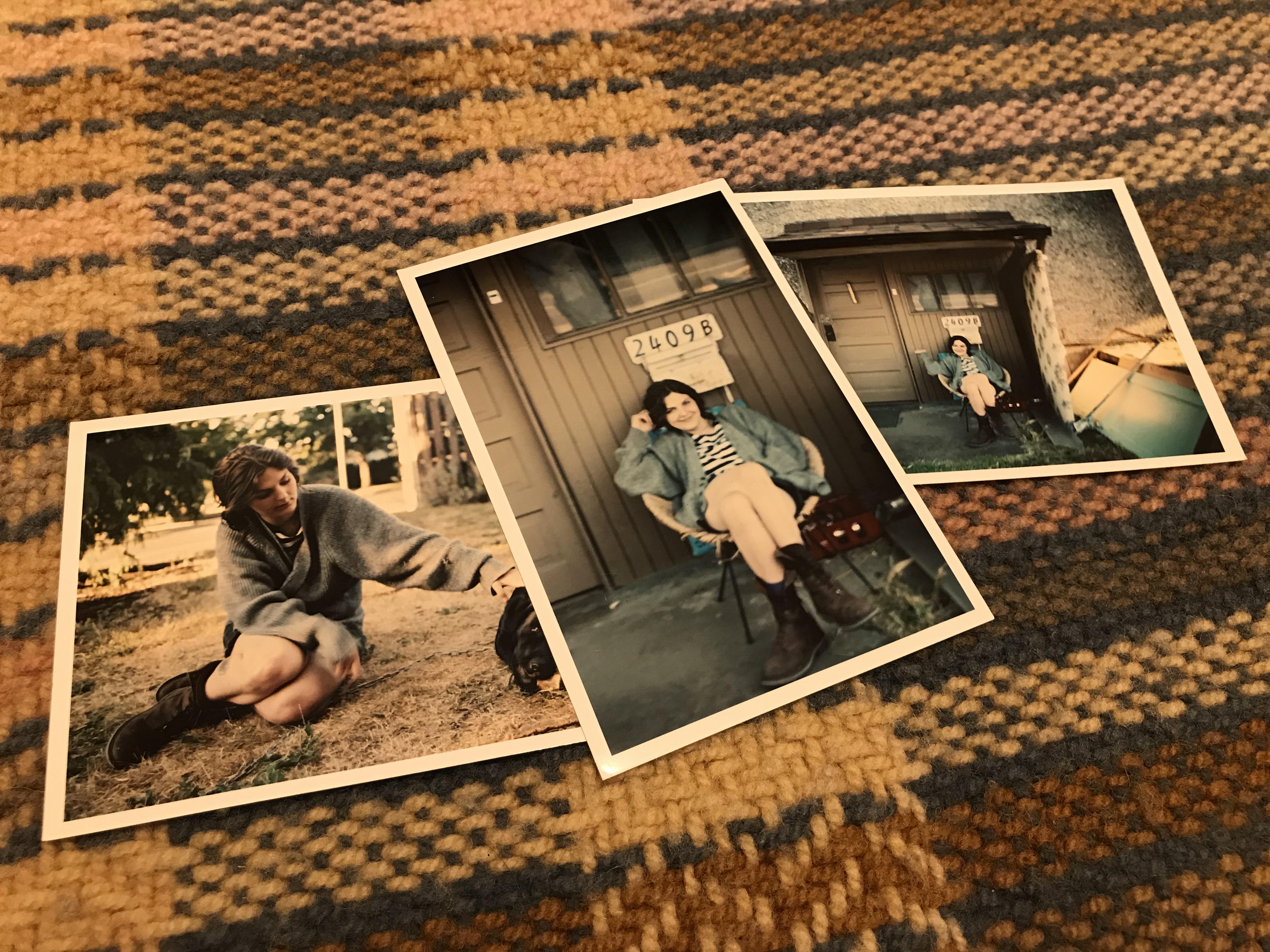 Published by the name is zoltar

View all posts by the name is zoltar

2 thoughts on “to the places that raised me”